from Spirit of Albion by Damh the Bard 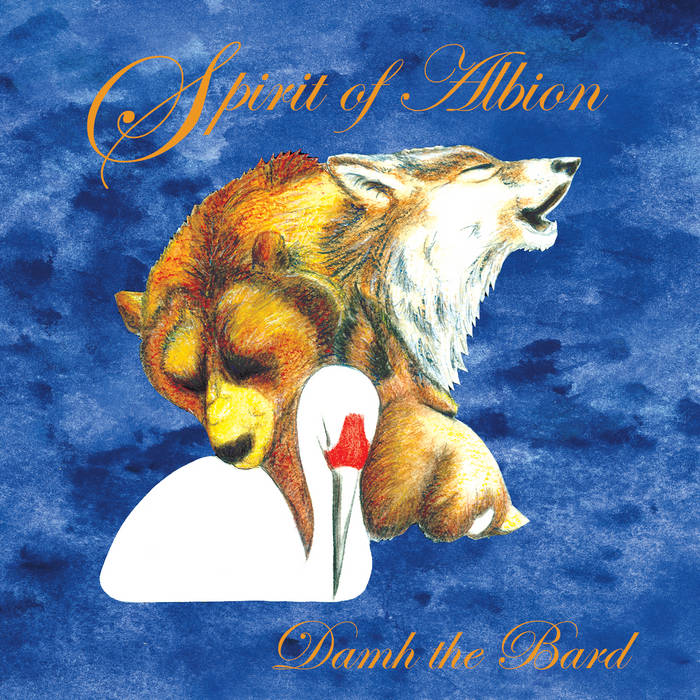 There was no denying it, for the first time in many years I was being visited by a Goddess from another land. Isis had always been a Goddess who had inspired me, but I had never written a song for her until this time. I had just bought a new mandola and was 'noodling' around with it, just playing around with notes, when this middle-eastern style riff came from out of nowhere. I continued playing, and it was like it had a life of its own, moving into a very nice key change - the Awen was flowing, and a song was on the way....
I put the mandolin down, and went to one of my altars to collect my figure of Isis - she is standing, one winged-arm outstretched, the other pointing to the ground. I placed her in on the table in front of me, and continued to play the tune. Before long the words were flowing, and her story was being told - from the game that formed her, to the reconstruction of Osiris, I saw a shadow formed by the light of the full moon, and within that shadow I watched as Set emerged from the darkness. I saw a coffin, floating down the nile, I saw her tears of joy falling onto the desert sand, bringing new live from the barren soil.
I was exhausted when it was done, but also very much at peace - a story told, a Goddess honoured.

Play the game create the time,
With every move and line,
Jackal God against the Moon,
And the game will be over soon.
Can you hear the Earth sighing?
As he turns towards the sky,
The time of Ra is ending,
And the Sun begins to die.

Sky and Earth they are as one,
Conceive daughter and sons,
Sister, lover, Goddess, Queen,
Mother to every living being,
Your light creates a shadow,
As you show your face unveiled,
Your brother Set betrays you,
There’s a coffin on the Nile.

Fourteen pieces to the wind,
To all parts of the land,
Scattered widely she will find,
And make a lover from her hands,
The rain, her tears of gladness,
Fall to the fertile ground,
And Set caught in his madness,
To the desert he is bound.

Damh the Bard – is a modern-day Bard whose spirituality and love of folk tradition is expressed through his music, storytelling and poetry. Drawing on the Bardic tradition, his performances are both entertaining and educational, speaking directly to the heart, and never without a good splash of humour. ... more